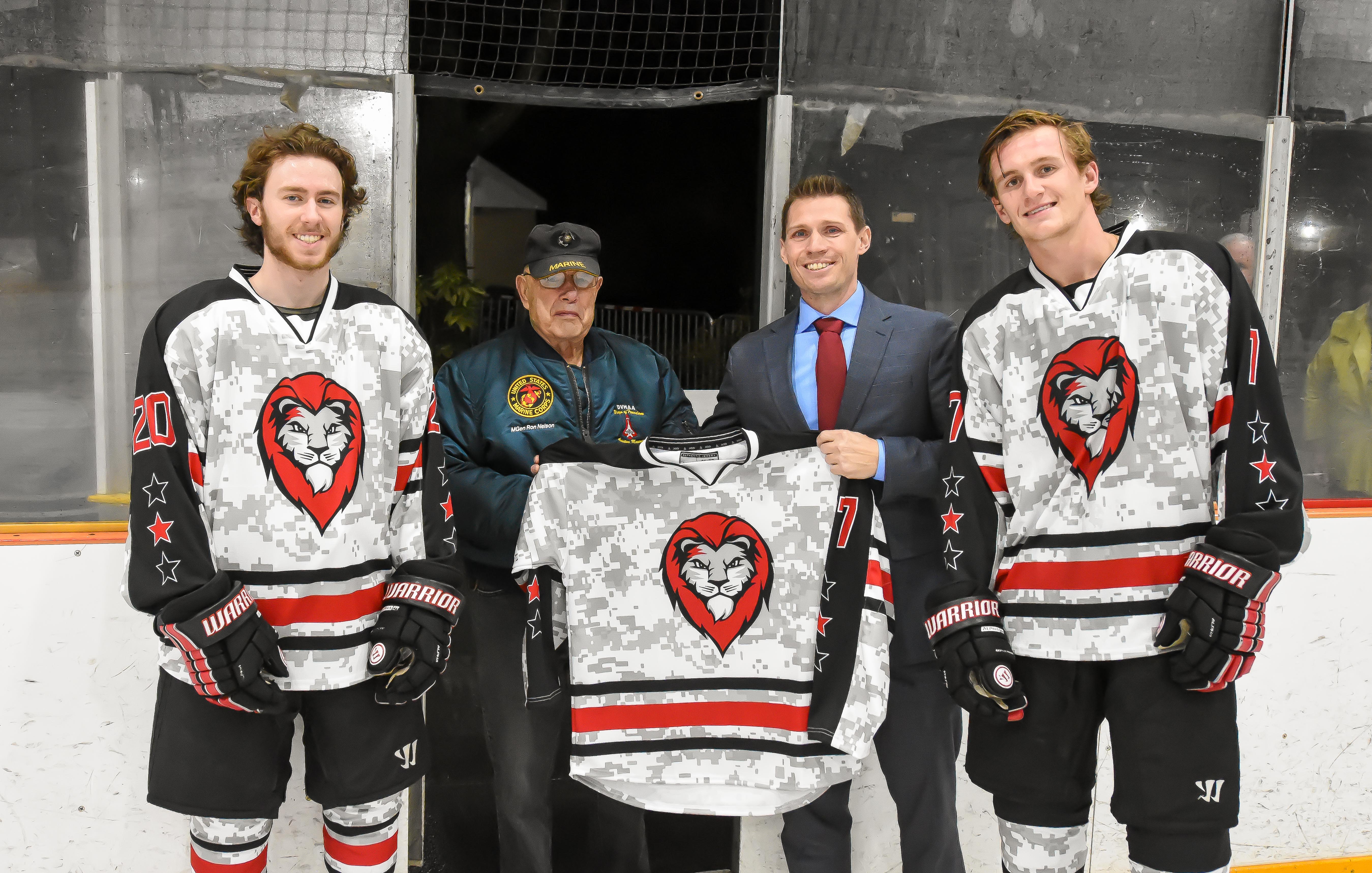 As part of the ceremony, our team captains, Sean Ford and DJ May presented General Nelson with a commemorative jersey. The hockey program also honored team member Freshman Hayden O’Hara, who served as a Master of Arms, 3rd class, in the United States Navy.

We thank General Nelson, Hayden O’Hara and all our those who serve in the military and as first responders!