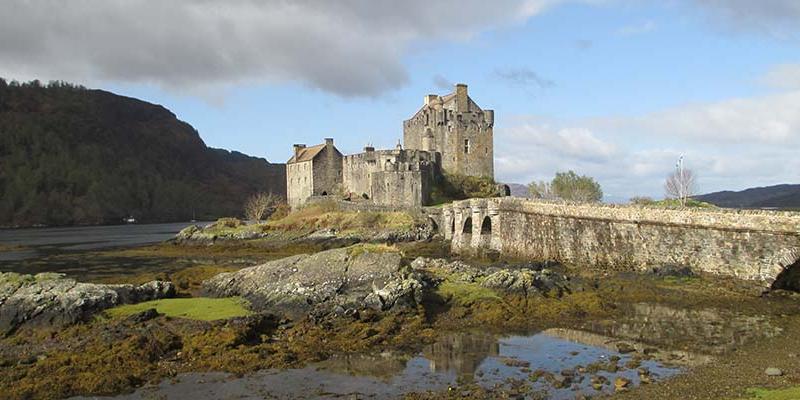 Bryn Athyn College’s newest study abroad program takes students to Edinburgh, Scotland to study at one of the United Kingdom’s oldest and most prestigious universities—the University of Edinburgh in the historic Old Town of Scotland’s capital city.

The University of Edinburgh has been educating students since 1582, and its scores of notable alums include Charles Darwin, Alexander Graham Bell, Sir Walter Scott, and Sir Arthur Conan Doyle. The University offers a wide variety of courses, and students can choose to enroll in either their Medicine, Science &amp; Engineering, or Humanities and Social Science College. Rigorous academics and commitment to innovative research qualifies the University to be a member of the Russell Group, which is similar to the Ivy League in America.

In the 2013/14 academic year, the University was attended by 21,369 undergraduate students, 12,642 of whom were international students hailing from 132 different countries.

Sometimes styled the “Athens of the North,” Edinburgh has been an intellectual and industrial center for hundreds of years. The city’s long history provides many opportunities for both recreational and educational opportunities. Walking the world-famous Royal Mile should be among your first excursions. This bustling high street is packed with shops and restaurants and connects two historic Scottish sites, Edinburgh Castle and Holyrood Palace—the Queen’s residence when she visits Scotland.

Old Town is a vestige of medieval Scotland, and the country’s history is palpable in the many examples of fine architecture, from medieval to 19th-century—some of which are owned by the University. While touring the city’s many architectural and historic sites, don’t forget to pay a visit to the supposedly haunted Mary King’s Close—a subterranean 17th-century street off the Royal Mile that was re-opened to the public in 2003. For more haunted activities, join one of the city’s many haunted walking tours, or stop by the spooky Edinburgh Dungeons.

For lovers of literature, Edinburgh is the place to be. Dubbed UNESCO’s City of Literature in 2004, Edinburgh boasts a rich literary history and a wide array of literary events and opportunities. Visit the Elephant House Café if you want to sip tea at the table where J. K. Rowling drafted the first Harry Potter books. You can also climb the Scott Monument, the largest monument to a writer in the world, and visit the Writer’s Museum on the Royal Mile, which pays homage to three world-famous Scottish writers: Robert Burns, Sir Walter Scott, and Robert Louis Stevenson. On campus, you can join the active Literature Society or submit your writing to The Inkwell, the University of Edinburgh’s literary magazine.

For some rewarding exercise, hike Arthur’s Seat. This extinct volcano is located within the city limits, and, at 822 feet, is the perfect spot from which to view the city in panorama. If you manage to exhaust Edinburgh’s many shops, museums, gardens, and castles, there are even more opportunities in the surrounding area. A short bus trip will take you deep into the Scottish Highlands. Popular Highland destinations include Loch Ness, Balmoral Castle, Rannoch Moor, and historic Glen Coe. Visit the Hebrides if you want to experience the stunning scenery and hear spoken Scottish Gaelic.

Studying abroad at the University of Edinburgh will enhance any Bryn Athyn College program of study, especially in the areas of language, literature, history, and culture. The University’s prestigious academic courses and its culturally rich location offer a uniquely valuable experience. As a bonus, the location of Edinburgh offers easy access to the Scottish Highlands and to other major cultural centers all across Europe.

As an English major and lover of literature, the University of Edinburgh was the perfect place for me. I got to sip tea in the Elephant House Café, where J. K. Rowling wrote the first Harry Potter books, climb the Scott Monument, the largest monument to a writer in the world, and visit the Writer’s Museum on the Royal Mile, which celebrates the work of Robert Burns, Sir Walter Scott, and Robert Louis Stevenson.

My favorite courses included Edinburgh in Fiction, Modern Scottish Fiction, and Scotland and Orality. And my education continued outside of class as well—the University sponsored dozens of poetry slams, literary pub crawls, and talks by famous writers and publishers. I attended a lecture by Eleanor Catton, the winner of the 2013 Man Booker Prize, as well as a lecture by a senior editor at Canongate Books. I was also lucky enough to work directly with Jenni Fagan on a few occasions, the Writer-in-Residence at the University and award-winning author of The Panopticon.

The University of Edinburgh offers countless amazing opportunities for aspiring writers, publishers, journalists, editors, and more. Participating in just a few of these opportunities enriched me personally, and significantly boosted my confidence as a writer. I can’t recommend the University of Edinburgh highly enough to English majors and aspiring writers, as well as to all BAC students, no matter where their interests lie.